Posted on January 20th, 2017 by Quertime Writer in Gaming

If you’re reading this, you’re probably one of those video gaming fanatics who love to tire your thumbs and fingers with gamepads, keyboards, and mice for hours and hours. Of course when we say it like that it sounds as if you are wasting your life away with this, but what if we told you otherwise?

To further clarify, what if we told you that you could make millions just by playing video games? No, you didn’t read that wrong; it is very much a reality indeed. Gaming has constantly been on the rise for so many years that now some of the games that we see like GTA V and Call of Duty, are surpassing even the film industry itself.

Now your parents can be at ease that you are not simply wasting your life away for hours hurting your eyes and what not. In this article, we are going to show you how that is so.

Game developers have a strong desire to test drive their games before they put them on the market. The reason for this is to ensure the games do not have any programming flaws, bugs or crashes before they make it to the store.

Releasing a game too soon without the whole testing phase could be catastrophic for the gaming company and industry. The starting salary is $18,000 annually and can stretch up to $55,000 if you’re a top gaming tester.

However, it is important for you to know that testing jobs are usually temporary, which means that there are no job securities, applicable employment taxes, or other benefits that permanent employees get. Often, the employees wind up getting paid by the hour and paid overtime if and when applicable.

It sounds great that you get to make extra for working extra, but overtime has to be pre-approved by the manager. Since projects are usually on a tight budget, managers are in the right to refuse your overtime pay. And you’ll be investing in extra hours of testing for nothing.

E-sports has now become an international phenomenon just like soccer, table tennis, chess and another kind of sport. Game tournaments are quite the buzz, especially in the US, UK, and South Korea where there is an array of players for Warcraft, Counter-Strike, Dota 2, Call of Duty and Starcraft 2. 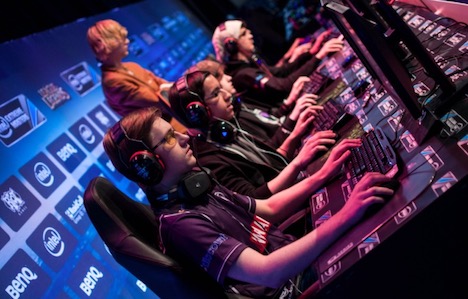 By winning these tournaments, your rewards can round up in millions. Of course, not everyone can compete in this tournaments. If you think pro gamers achieve their skills by simply playing around for hours without moving, you thought wrong.

Pro gamers must pertain to strict ten hours of gameplay involved with planned bedtimes along with healthy diets. Sites like Litcoin will enable you to compete with other players online. You will be earning in Bitcoins and exchange it at online shops for various products and more.

Major League Gaming enables you to compete in leagues and tournaments and earn in real currency.

If you thought the biggest YouTube celebrity was Justin Bieber, Psy, or Rihanna. In fact, it is a 27-year old Swede by the name of Felix Arvid Ulf Kjellberg, more commonly known to the mass YouTube audience as PewDiePie. 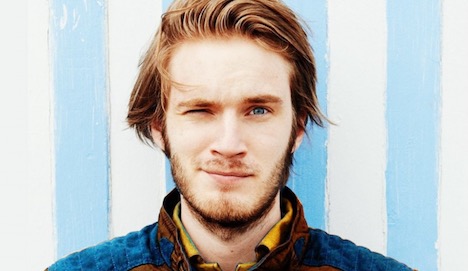 He started his YouTube journey in 2010 and dropped out of college to focus more on his videos much to the chagrin of his parents. In June 2014, PewDiePie had earned over $4 million in 2013, according to a report by The Wall Street Journal. PewDiePie then went on to confirm this claim on Reddit.

In December 2016, Forbes had officially named PewDiePie the highest earning YouTuber, with his annual income now coming up to $15 million. He has gone and inspired other personalities like Markiplier and Jackscepticeye who also partake in Let’s Play videos and commentaries surrounding video games.

All you have to do is just play the games you and your viewers would want to play, do some witty commentary, and encourage your viewers to subscribe.

There is usually one account that comes with most online games. By maintaining that account, there are certain rewards and achievements that you can acquire in the form of game currency, gifts, items and so much more. The more hours you put into your account, the more prosperous it is likely to be, and then raise its value.

There are many gamers who are lazy and would much rather buy an account than to nurture one organically. All of this has led to the creation of niche sites such as league of trading – a site that specializes in League of Legends accounts.

If you cannot find a site that is appropriate to the game you play, then make an ad and post it on eBay. You will be more than surprised as to how quickly it will sell.

Just as you buy video games items to use in your accounts, you can also sell them to others to turn in a good buck. You heard us right – imaginary items like in-game weapons, swords and the likes, can be sold to other gamers for real currency. According to Investopedia, one item was solved for $300,000.

Other items have been sold for a much higher price. Sites like eBay do not allow selling of virtual items as it is more prone to fraud. But there are sites such as Player Auctions and Armory Bids in which there is regular trading of accounts. This act went viral with Diablo 3 and its real-money auction house.

This was something that never got a bad rep. As a matter of fact, it was highly encouraged. It enables Blizzard to take $1 from each sale (15% for currency and commodities) and another 15% when you cash out via PayPal. It is quite lucrative to Blizzard themselves.

There are some claims that are made by gamers who earn online by selling these items. There is a Reddit user by the name of WishboneTheDog, who claims to make $10,000 legitimately and allegedly includes screen captures of his PayPal account and the Diablo 3 auction house.

Then there is another one who claims to make over 80 cents per hour. Unfortunately, this move causes inflation, which would then decrease the value of the items being sold. It is the kind of thing that gamers are legitimately competing for these days.

No one knows if real-money pave the way for the future. But it is clear that prices for the items are lower than what they were before.

Slots games will also fetch you a handsome green by putting the cash you from these games to work on the jackpot prize, which will then reward you in millions. There is a platform by the name of THEBIGFREECHIPLIST, which is branded as The BFC Playground, gives users a chance to play casino games for free in order to earn real money.

The platform was created to allow players to win in-house cash that can later be redeemed for real cash. It will be fine as long as you’re not betting real money on the table.

This concept isn’t as highly received as the others. It is because most of them require some level of gaming, whereas this one is more about expertise. As we all know, in any particular field, people pay top dollar for good coaching. But only good coaching, which means that not just anyone associated in the department can pull this off. 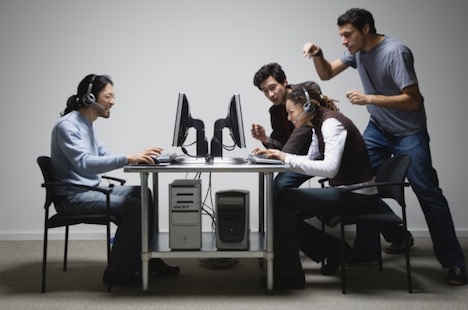 As a gaming coach, you must be able to compete with the best players in the world at a game you’re good at. If you fit the description, then you can contact Google for this opportunity and then get yourself advertised.

Boosting, on the other hand, can be done by anyone. For those who are unaware of the term, boosting is assisting other players in multiplayer games. It is done to help them obtain achievements and rank higher on the leaderboards.

The act of boosting has become somewhat of a taboo in gaming as players are willing to pay other gamers in assisting them.

Being an expert in a game like Warcraft, Overwatch, and other online games can come with a lot of benefits and one of them is monetary compensation. Sites such as Killer Guides, ask users to write eBooks that can turn all of their knowledge into real money. You can also try MakeUseOf.com and write guides there.

You can also try to sell your eBooks on Amazon or your own website if the market for the latter isn’t really small.

Try participating in playing games from sites such as Inbox Dollars and Swagbucks using the links that they provide. Just sign-up and you will soon be receiving a generous amount of offers. All you have to do is simply start playing and watch your account accumulate money.

Game guides and walkthroughs are a great idea if you know the game inside and out. Though some of these guides are viewed by gamers as a way of cheating, many others actually find them rather informative. There are two ways you can do this:

If you have the time, the patience and the knowledge at hand, you can easily craft an ebook that could sell for $15 or even more. The problems with this option are that you need to get your hands on the game and beat it before everyone else does.

If you’re from a renowned gaming website, retail store or a popular celebrity like PewDiePie, the developers can send you an early access code of the game for you to try and review. You could do it at your own website, but if you don’t have the traffic you won’t sell as many.

Lauren Ebsary is an online gaming geek and a blogging enthusiast. In her UK assignment help blog, Assignmenthelpdeal.co.uk, she focuses on writing about online gaming trends, making money from online gaming, and gaming industry.