Updated on August 6th, 2018 by Quertime Writer in Info & News

If you believe pop culture predictions made in productions like the 2018 film, Ready Player One, you’ll think that Virtual Reality (VR) will transform the world in a similar way to the internet has but today, the technology is still in its relative infancy. People are still unable to create and visit the wildest depths of their imagination but that doesn’t mean that incredible things aren’t already happening. 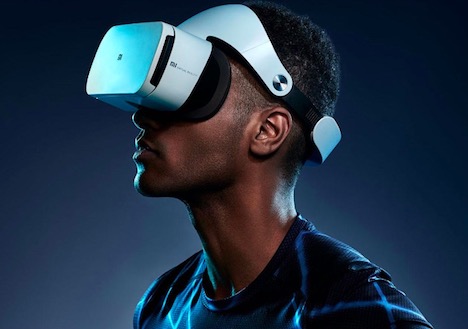 VR is currently most associated with the gaming industry. Many of the people who use virtual reality are doing so in order to play video games with hundreds of upcoming titles being released on platforms like Playstation and Steam.

But it’s not just gaming. Using affordable equipment like the HTC Vive and the Oculus Rift, many industries are beginning to embrace VR for all that it can bring. From a training aid to a way to advertise, many sectors are taking the first in-roads into a larger scale investment in this technology. Let’s take a look at some of the industries which are getting on the VR train early.

One field which is enjoying the benefits of VR is medicine. A 2017 BBC interview found that VR has been utilised as a training tool. The prototype product, which has been valued at $9,000, has made it easy for trainee surgeons to practice and perform certain procedures without the need for a dummy or cadaver. The student wears a virtual reality headset and completes the operation using a robotic arm which mirrors the pressure and weight of substances like human tissue and bone.

The hotel industry was one of the first to embrace this technology. As early as 2015, Marriott Hotels & Resorts collaborated with Samsung to create a VR guest service called VRoom Service. It allows guests to order food and drink to their hotel room using headsets provided by Samsung but the uses for VR don’ stop there.

For a number of years, Best Western has worked with Google to provide complete 360-degree photos of all of its North American properties. This sort of VR tourism is becoming more common with Google’s own Google Earth VR service which allows users to fly through mapped areas to view them like never before.

The gambling sector is also making use of this technology. Many casinos are now utilising VR with live casinos making way for virtual experiences. The technology can make the casino setting feel more real and live betting maintains the fast-paced feel of an in the flesh gambling experience. Betting company Betway has found a place in the market but claimed that careful planning is required if the technology is to really revolutionise the online gambling industry.

The immersive 360-degree nature of VR has been utilised brilliantly by the automotive industry. This is a more commercial application but Ford has used the technology to allow prospective customers to view the layouts of vehicles which are still in the planning and pre-production stage. Companies can save money on expensive prototype models and even make customisations to meet the specifications of their clients. 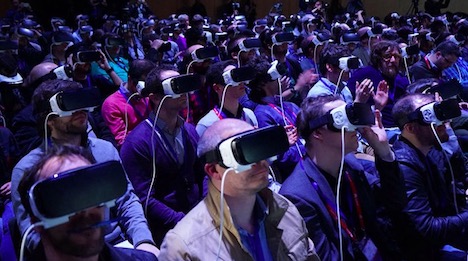 The uses of VR in gaming have already been discussed but that isn’t the only part of the entertainment sector which has embraced this technology. VR can provide a far more immersive viewing experience so television production companies and many music artists are using the technology to provide an enveloping, 360-degree look at events like live concerts.

VR isn’t just being used by consumers, but by the people behind the camera too. Production companies and special effects teams have made huge use of the tools which VR can provide. Steven Spielberg has stated that during the production of Ready Player One, both he and many of the cast members utilised VR headsets.

“We made the movie on an abstract set,” Spielberg said of the production.

“The only way the cast could understand where they were is that we all had virtual reality Oculus goggles. Inside the goggles was a complete build of the set that you see when you see the movie, but when you took the goggles off, it was a big white space.”

Banking giants Wells Fargo has been using VR technology since way back in 2014. The company’s aim was to give its clients a way to virtually enter its branches and that was just the beginning. Since then, many companies have launched their own VR banking apps which offers customers the ability to access their account transactions and activities. 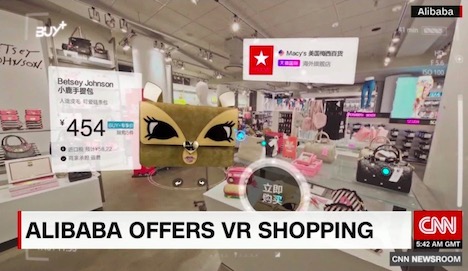 Few sectors have been changed as much by the growth of the internet as retail has and it seems as if VR will alter things even further. In 2015, a marketing agency called SapientNitro released a VR application which allowed users to shop using VR and even see how certain items would look in their own homes.

Chinese shopping giants Alibaba.com has launched its own VR service called Buy+ which allows its users to visit a virtual reproduction of an entire department store. It has been estimated that by 2022, the VR retail industry could be valued at almost $2 billion.

Cindy Bacer is a professional writer for Quertime.com.