Will Apple iPad 5 Make Big in Marketplace and Outperform The Upcoming Tablets from Its Competitors?

Apple is the leading innovator in personal computers, consumer electronics and many more. That is why the expectations of the Apple fans are extremely high. Consumers want new breakthrough features, and Apple has been successfully providing them for the past so many decades. 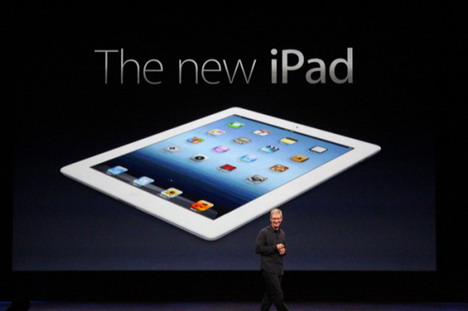 Technology is changing and developing at a rapid rate. In addition, the Apple products are also facing fierce competition from the other technical giants. Apple is at third position in the list of largest cell phone manufacturers. The leading brands are Samsung and Nokia.

Tablet computer is one of the fastest growing industry and we see a number of high-tech devices being launched persistently.

iPad tablet is now entering into its fifth generation and like all other Apple products, would offer excellent specs.

According to the leaked iPad 5 tablet pictures, it gives us the impression of a large iPad mini. But we not sure about it actual appearance and can expect major changes to its design.

Meanwhile, a new 128 GB tablet of the current iPad would be released soon in near future. In addition, the iPad 4 tablet would be upgraded with iOS 6.1, High definition camera and vibrant retina display. Capacity of this tablet has been doubled. The existing fourth generation iPads are available with 64 GB, 32 GB and 16 GB capacity.

Design:
According to the rumored specs, the compactness of iPad5 would be approximately equivalent to iPad mini and feature a large 9.7in screen. Apple might integrate the components into a slimmer package. It will feature 4 G connectivity, along with front and rear camera.

As compared to iPad-4, the new generation tablet would be narrower, shorter including the thinner bezel that goes around the iPad mini. The positioning of the power button, volume button and mute switch would be almost similar to the predecessor. Chamfered edges and slim casing would help reduce its weight.

We can say that the designers of the iPad 5 would extend the design and features of iPad mini, as they seem to be very much influenced by the architecture of previous model. Apple might be thinking about unifying the overall appearance and architecture of iPad mini and this new model. But surely the fifth generation of iPad would be sleeker, light weight and most probably the rear would have a black matte finish.

Screen:
GF DITO touch screen technology might be embedded in iPad 5, whereas the screen size would be 9.7 inches.

Processor:
Most probably, an enhanced version of A6X processor would be embedded in this upcoming device.

Battery:
The current iPad 4 model has two LED light bars, which will be reduced to one in iPad 5. This would help in further reducing its weight and power consumption. Therefore, the tablet can give excellent performance on a smaller battery.

Availability:
According to the recent indications, iPad 5 would reach market in October. Other sources predict availability this spring, which is not so likely to happen.

Multiple sources suggest that some of the small flagship tablets’ design attributes might be incorporated in this new iPad. The overall footprint would be significantly reduced, whereas the overall appearance would be white-silver or black-slate. So, these are the specs of iPad-5 that have been extracted from the various sources. Now we take a look at some of the other upcoming tablets that would surely intensify the competition. These tablets are also well equipped with smart, breakthrough and compelling features.

This is one of the Samsung’s leading tablet product lines. Samsung has introduced some smart features like S-pen, leading-edge applications, longer battery life and exceptional compactness. This new tablet would surely satisfy the heightened consumer expectations.

Design:
Its appearance is almost like a larger version of the prior Galaxy Note2. As it belongs to the Galaxy Note family, this new tablet would be equipped with S-Pen stylus.

Screen Display:
Its 8.0 inch screen would deliver a splendid display of 1280 x 800, which is much higher than rival iPad mini.

Processor:
In order to enhance the performance of its Quad core 1.6GHz processor, Samsung has increased its RAM storage to 2 GB.

Camera:
1.3 megapixel at the front along with a 5MP at its back.

Battery:
The new generation of Galaxy tablet would be powered by a large 4600 mAh battery.

Availability:
It might hit the market by the end of February.

This Sony tablet is going to be the toughest competitor, because it would be slimmest tablet (6.9mm) available. Other compelling specs are:

Processor:
Processor equipped in this ultra-slim device is Quad core 1.5 GHz, thus providing a high speed platform for the leading applications. For fast data streaming and unmatched mobile gaming experience, 2GB RAM would provide excellent support to its processor. So this device would surely meet the expectations of business customers looking for a compact device that could perform uninterrupted multi-tasking.

Operating System:
This Sony device would be a strong contender in Android Jelly bean tablet industry.

Camera:
The 8.1 MP camera makes it a better choice. It might also feature Exmor R sensor.

Unique Features:
The unmatched slimness has already made it a popular tablet.

Moreover, this 10-inch tablet is also extremely light (approx. 495 gm). On the other hand, the weight and thickness of Apple’s latest iPad is 662 grams and 0.37 inches respectively. Above all, water & dust won’t affect its performance.

Its “One touch sharing” is a really cool feature. All you have to do is wave the tablet close to the other device. NFC (Near Field Communications) connectivity would be established between them, thus ensuring fast uninterrupted data transfer.

Availability:
Consumers would have to wait until spring.

Steven Bryant, marketing manager, writes about all types of technologies from disk solutions to the industry leading lto-6 tape like Sony LTO6 Tape.