Updated on November 29th, 2012 by Quertime Writer in Hardware

In this era when technology changes and develops so fast, it is no longer an unusual scenario where a recently released high technology device will find a fierce competitor sooner than what they think. Today, iPad is about to experience that situation with Microsoft’s latest product. However, it seems that Apple’s iPad is not just about to get a competitor but rather, a challenger in the presence Microsoft’s Surface. This may be bad news for the computer technology giant, Apple but it will definitely delight consumers who are always anticipating the latest products from the leading manufacturers in the industry. 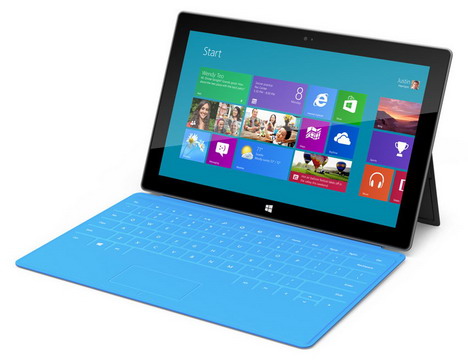 What makes it better than iPad
The Surface which is a tablet computer was already presented in an occasion held in Los Angeles. Microsoft showed the device which almost has same dimensions as that of the iPad. The Surface has a 10.6 inch screen size which is a bit bigger than iPad’s 9.4 inch screen and what makes it much better than iPad is, it has its own built-in kickstand measuring .7 millimeter in thickness or rather, thinness that can be used to put the device in an upright position. This way, the user can have more convenience in viewing movies, videos or slide show of images. 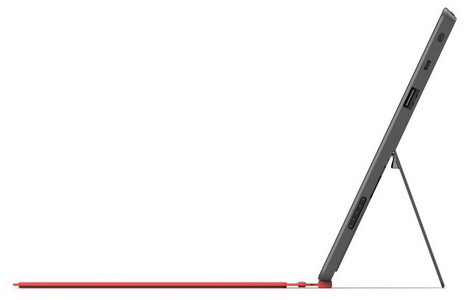 Another edge that it has over the iPad is, it has a keyboard that also comes as the device’s cover that is 3 millimeters in thickness. Any iPad or tablet of another brand will attest to the convenience that a detachable keyboard would provide and Microsoft was not only able to recognize that but it also attempted to satisfy that in their new tablet computer. Also, for a more compact stance, they keyboard/cover can be detached or snapped back in with the use of magnets, which leaves the owner with an option for a more complete features or just a handy tablet.

Other Features of Microsoft’s Surface
Microsoft announced that when it comes to the storage, the Surface will come in two versions which is the 32 gigabytes and 64 gigabytes. A version of the Surface will come with an ARM, a type of chip that is common with mobile. People who have budget concerns can go for the Surface with the ARM technology which is expected to have an average price that is the same with other tablets that also has the ARM chip.

In spite of the news that the iPad is starting to penetrate the business sector, Microsoft can just shrug this one off. People who are hoping that they can use this device for professional purposes can expect the tablet computer version with an Intel processor which is more common on personal computers. But those who are willing to spend more for a sophisticated tablet computer can opt for the one with the Intel processor which is expected to have an average price of $1,000, the same with ultrabooks or thin laptops that are currently circulating in the market.

Even if the Surface is so thin, it has managed to include has input output connections that allows different connections such as attaching a standard keyboard or mouse, connecting to a network, attaching external speakers or monitor, and much more. The Input output components includes Two USB ports with fully exposed I/O, four USB 2.0 ports, two single-pin stereo headphone jacks, component video (RGB out), Ethernet port, and External monitor port. With all these input output ports, there’s no need to buy a separate cable to connect other USB enabled peripherals. The Surface is also capable of Bluetooth and WiFi connectivity.

The Surface may also be deemed as Skype-ready with its front camera, other than its camera positioned at the back. It’s amazing stereo speakers and dual microphones will make it almost perfect for Skype conversations. The camera at the back is angled at 22 degrees. With this feature, the user can make use of the kick stand to hold the Surface in an upright position while conducting a hands-free meeting through Skype.

Another feature of the Surface that Microsoft should be very proud of is the VaporMg manufacturing process which is responsible for the Surface’s durable cover, sleek finish, and complex angles. With the VaporMg technology, the components are assembled to be snug and fit, a hair strand would no longer fit inside. It may be a new process but it certainly is promising enough to give the Surface owners a durable tablet computer that will resist normal wear and tear like mild bumps, coffee or other drinks splatters, and other external elements. 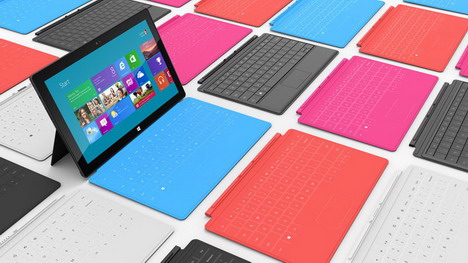 Final Thoughts
This move by Microsoft can be deemed a breakthrough on their part. Other than creating this tablet computer which poses a threat to iPad, their latest product is apart from their main product line as a software company. But in spite the fact that hardware is not among Microsoft’s strengths, they certainly did the right thing with creating the Surface in uplifting their company in the field of software and gadgets arena, and in satisfying consumer’s increasing needs for innovations that will keep up with their lifestyle and work demands. It may not be enough to penetrate the computer market but it will find its way to the tablet community which is a promising market for Microsoft to invest their time and effort on.

But with such a great tablet computer a reliable and fast broadband should be in place to make the most out of its amazing features. Choosing the right broadband connection can be easily achieved with the help of Broadband Expert Internet Service, an independent broadband comparison site that helps consumers make an informed decision about the right provider that will suit their specific needs.

Krystine Joy is a freelance writer and blogger focusing on the latest trend of Apple Technology. When she is not writing about technology, she helps in the blogging and administration activities of a Broadband Expert internet service company.

Best Ways to Track and Recover Your Lost or Stolen iPhone, iPod Touch or iPad

14 Must Have Free Microsoft Outlook Add-ins and Plugins