Posted on September 28th, 2017 by Quertime Writer in Hardware

With the leaps and bounds technology has been making, it’s like living in the future. Over the past few years, we have achieved video games in virtual reality, watches that can track how active we are, and so much more that have or will come to fruition. 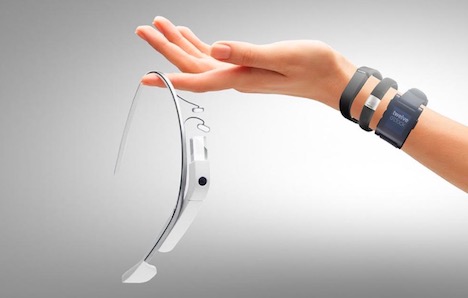 Now, you can even hold the majority of these gadgets in the palm of your hand. Lately, there isn’t a much better conversation starter than a t-shirt that changes as you wear it! If you are someone on the go, these are the tech gadgets you’ve been waiting for! 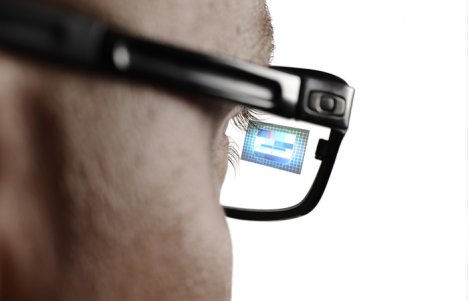 When we sit down in front of a computer, we have almost any information that we could want at our fingertips. However, with a pair of Smart Glasses, you can see information as you look around in a superhero-esque fashion. 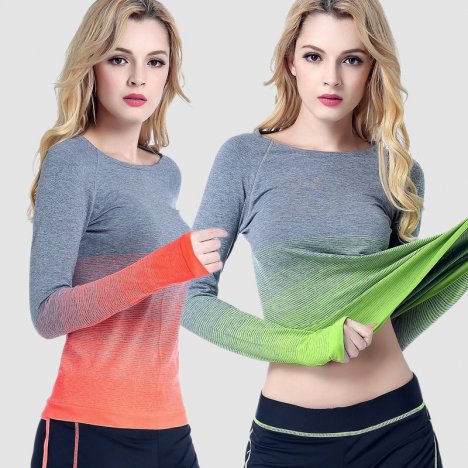 The Unseen is a leader in this corner of the industry. Dyes and nail polishes that change color according to their environment aren’t necessarily new. However, companies like The Unseen offers us handbags, book bags, and clothes that change as if by magic when user interaction takes place. 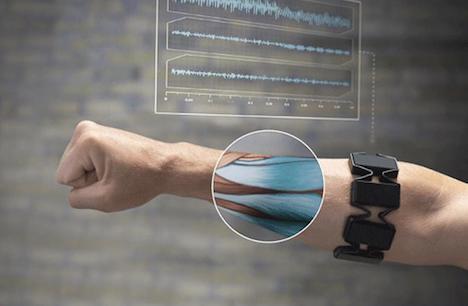 If anything is going to make you feel like a superhero, it’s controlling devices with a wave of your hand. This device goes on your forearm and measures muscle contractions and uses these movements to control connected devices. 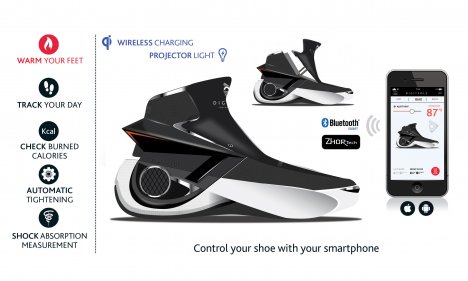 Smart shoes started as a technology for athletes but branches into dress shoes and everyday sneakers as well. The most common use for these is Google maps, which they connect to and vibrate when turns and destinations are near. 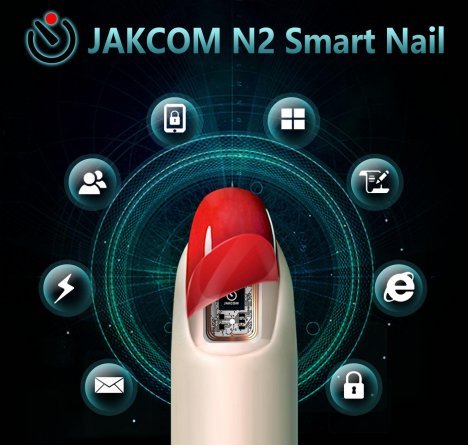 Right now, this is a technology used for subways often times. Rather than pulling out your card and holding up the line, you would just scan your press-on nails to get onto the subway. 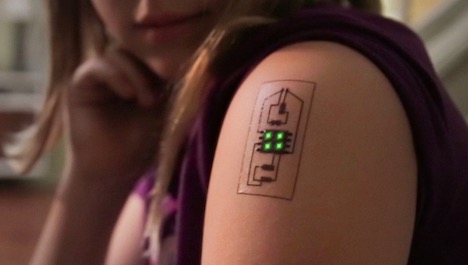 “Tech Tattoos” as they are called, are still in very basic stages, offering minimal functionality. They can be applied to keep track of something medical – like temperature – or be used as a barcode – for example during a music festival allowing you in and out. 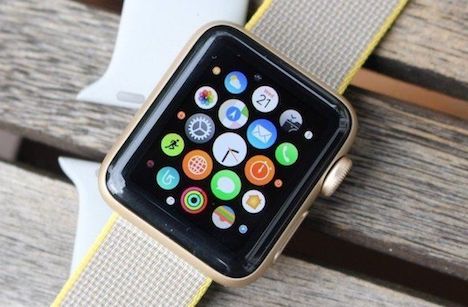 There is no shortage of “smart wear” in the world today. Smart Watches are one of the most common pieces that we see. These are used to track fitness, notify you of new emails and messages and more. 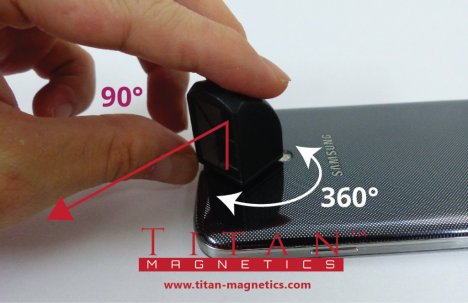 One of the coolest developments for many athletes was the GoPro head camera. However, now you can record what you do with FIT 360. It is a lot like the GoPro but you can record without the limitations of just what’s in front of you thanks to a 360-degree camera. 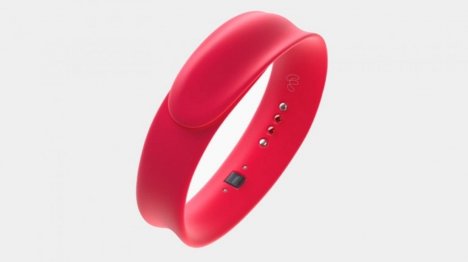 This one is less convenient and more fun. Many of us remember mood rings from the early 2000s and 1990s. This generation, though, may have their mood rings in the form of an electronic bracelet that measures pulse, temperature, and more.

Technology has come far enough to allow us to design 3-D images and even moving designs. Imagine wearing something that reacts to the music you listen to or even just flashes or moves in its design; that is what an interactive t-shirt offers. 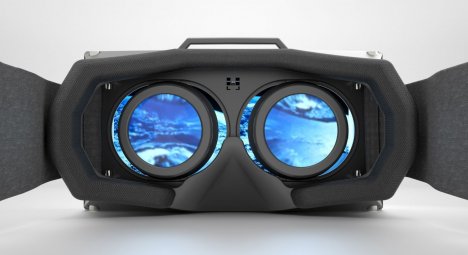 In today’s world, we aren’t bound by a controller and TV. Instead, we can experience games like we are in them thanks to virtual reality headsets. 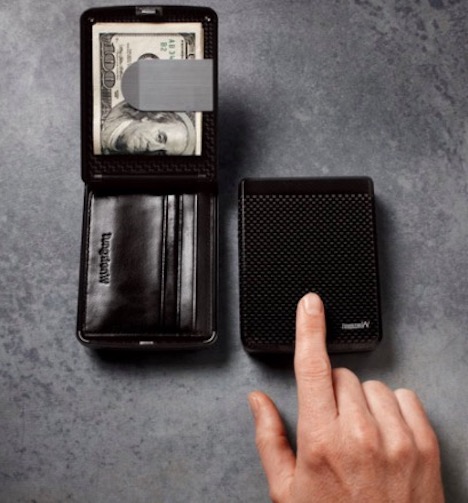 Biometric Wallets are great for protecting your cards more than anything else. This is because they block signals of other, more sinister technologies designed to get card information from a passing glance. 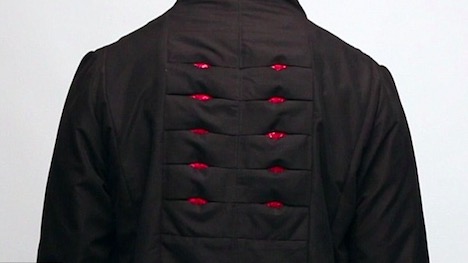 The Omius Jacket is just one of the many pieces of smart clothing that we are growing accustomed to seeing. This time, it comes in the form of a jacket that adjusts to the weather so you don’t have to worry about dressing wrong.

Smart Collars are actually a wearable gadget for your pet, not you. These devices will keep track of your pet’s temperature, heart rate, and other vitals and notify you if anything needs medical attention.

Truth be told, the hoverboard had its flaws. The invention of Rocket Skates, took those flaws into consideration when they made pairs of these skates that move even if you can’t figure out traditional skates. 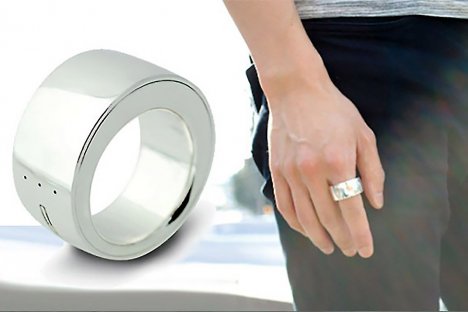 If the functionality of the armband we just discussed but don’t like the idea of bulk, you might want to try a Bluetooth ring. These rings offer the same function, just in a more fashionable and functional form.

LED Clothes and Makeup are on the rise to replace neon and glow in the dark paint as the next big thing at raves and music festival. They are, as you have probably guessed, pieces that we are familiar with imbued with LED lights, from eyelashes to skirts. 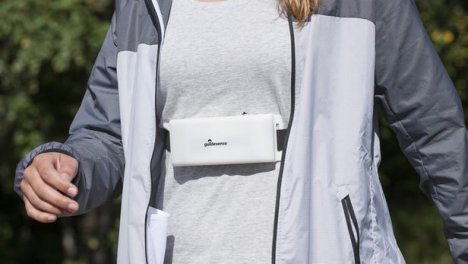 These guides usually wrap around the torso and help to read the environment around the person, much like backup cameras on a car. This offers someone who is visually impaired extra awareness when they are, for example, crossing the street or walking through a crowd.

This is perfect for any office worker, correcting posture like other devices but without the bulk or discomfort. These are applied to the small of your back and if you slouch, it starts to vibrate until you correct your posture – the perfect subtle reminder. 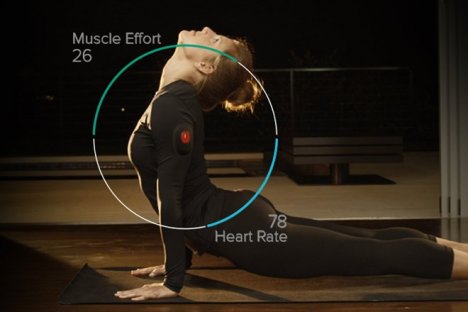 Are you trying to learn exactly how to move your body into that yoga pose or when you lift weights? Smart active wear is in its beginning, basic stages, promising to help you move to keep you safe and correct on your gym trip, which is especially helpful for those of us who aren’t interested in classes or trainers.

What Does This Mean?

So, we know that there is a lot of new technology that helps you not only in everyday life but to impress your friends as well. What does this mean for us, though? Is it just that we have a fun, new way to start a conversation.

There is more to it than that, though. The increase in wearable technology represents a new age of electronics. Rather than being bound to a device or outlet, we are getting closer and closer to the futuristic world we see in science fiction movies. In addition, the technology that we see today only holds the promise of further improvements and new inventions in the future.

From tattoos that can take our temperature to jackets that can sense the weather, the technology that we have today is fascinating. While we may not have the flying cars we were promised as kids, we definitely have gadgets that we only dreamed about having then.

Kurtis Brase is a professional journalist. Now, she works at EssayPro as a writer and editor. She wrote a lot of useful articles on different themes.

Start Building Your Smart Home with These 10 Futuristic Gadgets