YouTube have replaced the satellite TV as the preferred source of entertainment for the footloose 4G generation spend much of their time in front of laptops and tablets instead of TVs. This have also brought forward personalities to the limelight which may not have appeared on TV screen but millions of people around the world recognize and follow them owing to the popularity of their YouTube channels. 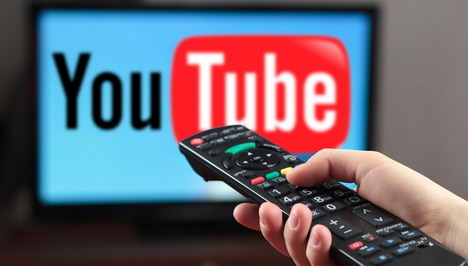 YouTube channels are a collection of videos themed around a particular entertainment or information genre, which are viewed and appreciated by millions of target audience around the globe. According to their popularity, viewership and quality of contents, following are the 50 awesome YouTube channels you must check out.

Gamers walkthroughs to almost all popular games. The channel have assembled ‘Bro Army’ of 36 million followers, its blue bro-fist logo have become part of popular culture.

You may already know this music channel which officially handles many entertainment stars. This channel is actually joint venture of Universal Music Group and Sony Music Entertainment along with Google and Abu Dhabi Media.

Inspiring videos containing messages from outstanding people from around the world.

Sky Does Minecraft
A package full of wits and humor for Minecraft fans with a crazy mod version.

Jenna Marbles
Pointing sarcasm and commentary in her versatile vlogs.

Yuya
Better known as lady16makeup. After winning a makeup competition at age of 16, this Spanish girl started uploading makeup tutorials in her own way.

Ksiolajidebt
It is an awesome trio of Comical skits, rap music and video game reviews– all in one channel.

Bethany Mota
Lifestyle tips and hacks by 19 years old who now own her own fashion line at Aeropostale.

Zoella
A young vlogger posting beauty and fashion tips along with casual reviews of fashion products.

Prank vs Prank
Huge collection of prank videos to help you vex your friends.

Rocket Jump
Funny vlogs, skits and parodies to cheer you up.

One stop solution to watch trailers of latest movies as soon as they are released.

T Series
Indian music giant offering all the music videos released by them.

Canal Parafernalha
Brazilian comedy channel posting a treat for the jaws for those who could understand Portuguese.

BFvsGF
The oldest rivalry of men vs. women have just gone next level when a couple post videos of themselves trying different things and comparing their reactions.

Tobuscus
Comical animations and cynical gameplay to lighten your mood or otherwise.

The lonely Island
An impressive comedy group of three gifted comedians who also make use of music and satire to make their skits even more funny.

Buzz Feed Video
A huge collection of original pieces of satire and comedy on variety of topics ranging from politics, beauty, women and much more.

Bart Baker
Hilarious Parodies of singing and styling of popstars and some satirical ordinary observations.

How to Adult
Observations regarding awkward life of grown-ups presented in a very humorous way.

Bad Lip Reading
Cut-scenes from famous movies are taken re-dubbed with dialogues which may throw you off your couch laughing.

Jack Vale Films
A duo of street smart comedians throwing pranks on common people and sharing the videos of funny responses they make.

Minute Physics
Cool videos about things around us, how and why they behave in a particular way explained through simple physics.

Simple videos to create and understand some visual illusions.

Rosanna Pansino
A nerdy chef made popular for her themed recipes in her cooking series call nerdy mummies.

Jamie Oliver
A huge collection of videos containing recipes for variety of foods from around the world.

Crazy Russian Hacker
A comrade from a distant reign teaching some very useful life hacks you could deploy to ease your everyday life.

JacksGap
The young twin brits travel around the world to post travelogues, street recordings and share their experiences.

Dude Perfect
A huge collection of videos containing crazy stuff performed by a group of enthusiasts.

Inside the Magic
A collection of skits themed around popular animation franchises targeted towards kids.

Official NerdCubed
Collection of popular game’s awkward walkthroughs and random fun, and a lot of laughs.

Numberphile
Tips and tricks along with some very interesting information for maths’ lovers.

This article was written by Syed Irfan Ajmal. He is a serial entrepreneur, certified inbound marketing and author. He also manages Boloro.com.

30 Best YouTube Tips and Tricks You Should Know About