Any company would be able to help their new brand by encouraging community members to play games online. This is particularly successful through the social site Facebook. Social media can make a brand world-wide as it goes viral. It is much cleverer then basic advertising. Gaming is addictive, fun and talked about! 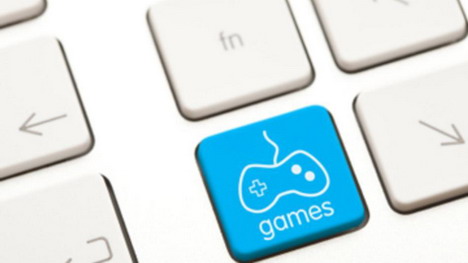 Games really can help a brand, but firstly companies have to define their goal. What do they want to gain from having a game as part of their Facebook experience? The game built has to accomplish the goal of bringing more people to their site and heightening brand awareness. It must target their audience keeping the brand at the forefront of their customers mind. A brand considers many things when creating a social game for Facebook.

They want the player to be fully engaged, addicted to their game. They need to keep in mind how to expect the gaming community to increase, therefore increasing brand awareness. Through playing a game the target customer feels like they are connecting with the brand on a more hugely personal level and their experience is highly likely to be positive. The brand seems young, vibrant and trendy… and helps increase sales.

Having a game created could cost anything up to a million dollars, but it wouldn’t need that much spending on it to create something successful to increase brand awareness. Many companies offer a general game which can be adapted to include the brand to create the perfect addictive game for Facebook play. Brands use social games in Facebook that are comfortable and familiar, when the game becomes a success through social channels they often start including more original and exciting concepts.

The main strange thing which breaks the marketing norm on Facebook is that the unknown non branded games seemed to hold onto the top rankings in the popularity list for much longer than anyone would have expected. This is due to members listening to what friends said they would like rather than being guided by seeing the new game titles in the local gaming shop. Quite a few of the large gaming companies found it extremely frustrating, trying to break into the social networking gaming community. This changed towards the end of 2011 when large branded companies who already had trusted followers broke onto the market with a bang.

There are now more than 800 million people using Facebook worldwide! Big named gaming brands such as EA Games with The Sims Social for example, or Zynga’s Cityville have shown the power of branding. It’s said that The Sims Social hit around ten million users within six weeks of being launched! Brands give the game they produce power, you play it because of who has created it and assume it must be good for that reason. A confidence began and as people looked for a new game they had trust issues. Facebook has suffered with hijacking and knowing friends who had their system hacked by downloading a dodgy application… the bigger names said ‘you can trust me’.

You’re also more likely to trust any advertisements within it as you trust the original brand in the first place. When Farmville was launched and went global I felt surrounded by friends who were literally sucked into it… my Facebook page was awash with people asking if I could help build their barn. I didn’t even have the application on my account but it just showed the viral power behind it. It was obviously popular in the iOS market and android so you could tend to your fields on the go. The Sims Social and games like Zynga’s Cityville are equally addictive.

When Disney launched the game Gnome Town it had around half a million active users, when they renamed it Disney’s Gnome Town the brand power shone through and sales went through the roof! The trust in the Disney name also made people more likely to make in-app purchases using real money as they knew they would be getting Disney quality purchases.

Building up a large community is vitally important for any brand and through a social media site such as Facebook you would likely find that as word got round, more and more people were driven to the page for game play, hence receiving the brand message as they play. Understanding the sheer power of viral connections is crucial.

People live their lives through social media networking in our modern world. Sharing that you are playing a game through Facebook is instant which allows a huge number of new target audience members to become aware of your brand. Soon a brand that 1000 people knew about is know by 100’s of thousands as addiction and popularity take over.

Viral connections are extremely powerful. The game is social and fun and may be has 100 fans on day one but through viral networking 15 more by the end of the day. It is important to understand that the 15 people represent 15% virality. The target may be to increase brand awareness by 10% but based on the new target members it has already increased by 15% in one day! Facebook allows instant sharing when you are playing a game. Many people check Facebook throughout the day meaning that with the right game it could go viral extremely quickly, getting the brand name increasingly ‘out there’.

Rather than a specific brand being the theme of a game it is using in game ads that is the most popular and simplistic method of getting the brand name more known. Often with ads that can be clicked on taking you directly to the brand website or by offering in app purchases of a virtual nature for the product. It’s incredible when you look and see how much advertising and brand awareness that is being pushed at us directly and indirectly. Next time you are on Facebook, look out for the social games being used to raise brand awareness… are you tempted to play?

Michael Clark is working with a company that makes social games. He also gives his guest posts at various sites and blogs like Sniper Games 365 is a site for which he has contributed the most.

How to Stop Facebook Games Requests and Apps Notifications