Augmented Reality (AR) is a reality technology tool that has become quite useful in our everyday lives. It integrates digital information with a user’s real time environment and serves to enhance a user’s perception of what reality is. There is a diverse mix of applications that use augmented reality technology. Below are the top 20 creative augmented reality applications.

It is an app that revolves around the star found in the center of our solar system. It provides a compass with a flat view and a 3-dimensional AR view which details the solar path of the sun, hourly intervals, rise and set times, summer and winter solstice paths, maximum elevation and the sun’s current position in the skies above. The app relies on a device’s GPS and magnetometer to provide useful information about a particular environment.

It is an AR game which brings world renowned Ghostbusters to life. The game populates a user’s surrounding environment with virtual ‘ghost ‘objects referred to as poltergeists and then invites the user to hunt them and capture them using their phone. 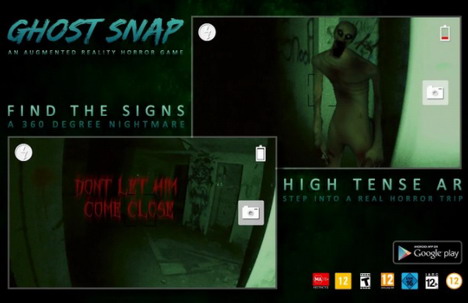 It is a horror game. Inspired by movies like The Blair Witch Project and games like Outlast, the app requires you to snap images of ghosts as you listen for disturbing sounds and encounter more scary creatures. There is no set way to win this game. In fact, the game is about surviving for as long as you can. This is best brought out by a saying that appears in the game: “You cannot run away, there will be no escape.”

It is not an AR app strictly speaking. However,it has one AR feature that is useful for translating text. That feature comes alive while using a device’s camera on camera mode. You simply take a picture of the text you do not understand. The app will translate the text in the picture taken in real time. 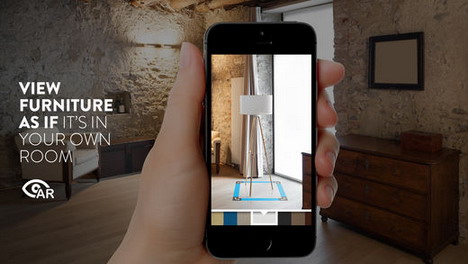 It is a free app that helps you style your room. It helps you to figure out your preferred layout before you begin buying furniture. Using your device’s camera, you simply walk around the room you would like to furnish and place 3D models of various items on the virtual space created on your phone to see how they would look.

It is a free app that uses your Smartphone’s camera in a given area to provide you with loads of geographically-relevant information using information from more than 3,500 associated content providers.

It is a free popular game inspired by the TV show ‘The Walking Dead’. It lets you fight zombies while shopping for groceries or walking around outside. In case you get tired of fighting the undead, the game allows you to turn on the safe mode within which you will not be attacked even if you bump into zombies. 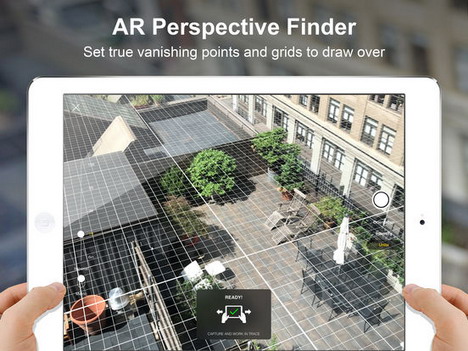 It is a free drawing tool which uncovers virtual perspective grids of any place to scale. Scaling of the projected items relies on a device’s ability to read and interpret the environment. The trace feature grants access to the architect’s full tool kit which infuses digital magic into analog tools.

It is a free social reviewing service which uses a device’ compass and GPS to display AR markers for nearby facilities and amenities like bars and restaurants accompanied by user-generated ratings and reviews. The app is also capable of providing direction to nearby friends, colleagues, family and the businesses they have recently checked into.

It is a free app that lets you leave hidden messages in various locations around the world. These messages are restricted to people with the WallaMe app installed .A user can take a picture of a nearby street,sign or wall and then use the in-app painting and drawing tools to create a special message.

It is free a strategy game with an MMO that revolves around an open narrative; dividing players into two groups:the Resistance and the Enlightened. The game then instigates them to fight for control of virtual territories in a giant game of ‘king of the hill’. Players gain a material called Exotic Matter (XM) by walking around. They then use that XM to take over virtual portals.

Quiveris a free app meant for kids. It brings a child’s 2D color book to life using animated images that spring directly from the pages. The app allows users to download coloring packs from Quiver’s website. Which encompass everything from cuddly teddy bears to wild stallions..

Augment is a free app designed to bring print to life and boost sales. Once a user signs up with a free account, the app allows the user to upload 3D images and trackers from applications such as Maya, and Cinema 4D. The app further allows users to place the 3D models in a virtual environment using the camera of their device.

Layar is a free app designed to translate print content into the digital world. It allows users to scan and pull content from a variety of commonplaces using their devices. The app is then able to retrieve direct links on shopping sites or online advertising material for particular products once print sources are scanned.

Niantic’s free Pokémon Go app uses the device’s GPS to pinpoint location and move your avatar within the game. The device’s camera is used to show Pokemon’s position in the real world. As for instructions and game mechanics, users have to figure those out as they progress as the game does very little to provide these beforehand. In the advent of modern day technology, users can turn to the internet for game cheats and walkthroughs.

This free app is designed to guide you to your ‘hiding’ vehicle. Once the location of the car is set, the app creates a marker on a map that appears as a ping. The ping highlights the exact location of the car and the distance the user is from the car.

Ink Hunter is a free app that helps you choose a tattoo and where to put it. Via the app, a user is able to try out both colored and black and white tattoos (both pre-made and personal designs) oriented in whatever position the user desires. These tattoos, though virtual, look real and convincing. 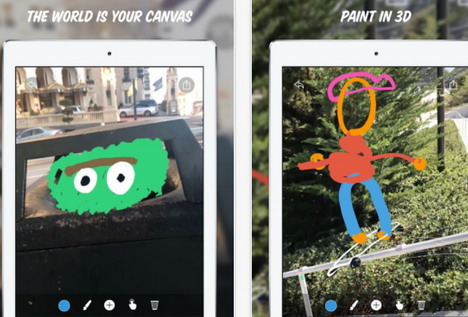 Paint Space AR is a free fun filled app which lets you paint, draw and add effects to videos and photos. Using all sorts of brushes and colors, the app lets you draw. Videos and photos can also be inserted from your device and placed anywhere in the ‘real’world.

Gorillaz is a free app that takes you into the home wherethe members of the cartoon band Gorillaz reside. The app allows you to wander around and check out their rooms allowing a user to be able to discover lyrics, playlists and other content belonging to the band.

Google Sky Map is a free app that gives you ability to identify everything in the night sky. A user is required to point their phone upward in the dark when the sky is clear outside. The app points out all the constellations, different stars and planets that are visible to your device’s camera. Identifications done in real time.

Kurtis Brase is a professional journalist. Now, she works at EssayPro as a writer and editor. She wrote a lot of useful articles on different themes.