The Federal Reserve has ended the year by increasing its benchmark interest rate from 2.25 percent to 2.5 percent, although Fed Chairman Jerome Powell has caveated this rise by suggesting that 2019 would hold fewer hikes than previously estimated. This interest rate rise is the fourth of the year and was widely expected, although it is not welcomed by all.

At a time of global economic uncertainty and Wall Street volatility, this interest rate has prompted some commentators to suggest that the Federal Reserve is operating in a manner ignorant of harsh realities. Others have greeted this news with greater positivity, with the rising interest rate set to benefit many traders in forex markets and a theoretical indication that the United States is in a period of economic prosperity.

The United States is a global leader in many regards, with the Federal Reserve universally looked towards as a touchstone for worldwide interest rates. The immediate effect of the Federal Reserve’s announcement was for share prices in the US and Asia to plummet, with investors having hoped for a stronger commitment against future rises. The Fed remained relatively bullish in their forecasts, even though they acquiesced to a certain extent by reducing their expected rate rises in 2019 from three to two.

Yet those forecasts have been supplemented by statements from Fed officials that they will respond to data as it develops, although some still believe that there needs to be a firmer stance against further rises. While the Fed has cited a strong domestic employment rate and positive signs from the American economy as reasons for the hike, others fear that global economic issues could put the United States in a precarious position in 2019.

What impact will this interest rate increase have? 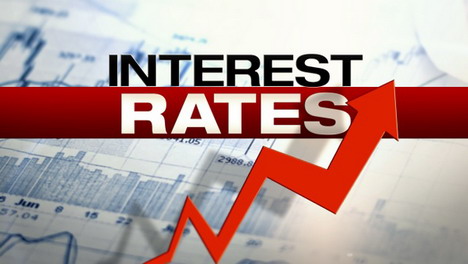 A Central Bank generally hikes interest rates when inflation is expected to exceed targets. Borrowing gets more expensive and consumer spending can be discouraged; when people are paying less interest, they have more disposable income to spend. Those who have already made investments or saved money stand to gain far more than those who are yet to do so.

The US Federal Reserve is a significant influence on the global economy but the Bank of England, the Bank of Japan and the Swiss National Bank are three others who can affect markets and trading strategy. The banking system’s liquidity and stability is thoroughly dependent on the decisions of a central bank, which is why the Federal Reserve’s announcements are always examined and analyzed with a close eye by traders.

The decisions also have direct and significant consequences for the value of a currency, which is why they have particular relevance for those in the world of forex trading. A higher interest rate concomitantly increases the value of currency, with that boosted interest rate attracting a more sizeable demand from foreign investors.

An opportunity for some

Investopedia summarises the potential value of interest rates in simple terms: ‘the higher the rate of return, the more interest accrued on currency invested and the higher the profit’. This comes with the caveat that a higher interest rate isn’t necessarily a surefire pathway to success. The context surrounding that change in interest rate is vital, which is why it is imperative to remain apprised of central banks’ policies and announcements throughout the year.

This is why it is crucial for forex traders to not simply react to a rise in interest rate, but to take the time to evaluate the surrounding circumstances. The most successful forex traders often make use of a number of different signals, considering everything from charting tools to technical analysis to inform trading strategy. For example, a currency’s value can be undermined by other factors, such as the balance of trade between importing and exporting.

Changing interest rates can have crucial influences on both the short-term and long-term strategy of forex traders. In the short term, fluctuations in currency value can create trading opportunities upon which forex traders can capitalize. These changes in interest rate also have inevitable consequences with greater longevity, shaping the economic future of a country for the coming years. A rising interest rate increases the borrowing expenditure for a national government, thereby augmenting levels of national debt.

One thing is for certain: nothing is certain when it comes to a volatile market. While the Fed’s interest rate rises have long been public knowledge, the widespread dissent to these changes suggests that experts are not necessarily trusting the Fed’s judgements. There are always going to be impassioned reactions to decisions of this magnitude, but it is too early to perceive what impact this will have on both the national and global economy.

Although the Fed have reduced the number of predicted interest rate hikes for next year, the two increases currently forecast for 2019 will still have considerable repercussions. Of course, this is just a forecast. As with weather, financial forecasts don’t always turn out as sunny as planned. There is no telling if the Fed’s predictions will change again in the coming months. Taking the time to watch how the markets adapt to the interest rate hike will be of great interest.

Officials in the Fed have asserted that their future moves will be based on an analysis of the data. Conceptually, this is reassuring; with ever-changing markets, it makes no sense to rigidly adhere to a pre-ordained strategy. Yet there appears to be a popular consensus that the Fed is over-zealous in its hikes.

The rising rate has already inhibited the growth of the housing sector, while the downturn in American markets is not encouraging. Those who have already invested in forex markets or those who have money tied up in savings may be more appreciative of the Fed’s decision. Only time will tell if the rest of the nation begins to feel the positive effects of the Fed’s steadfast belief in the strength of the American economy.

10 Ways: How to Choose the Best Exchange for Bitcoin Trading

How Not to Let the High Bounce Rate Murder Your Blog