Updated on August 1st, 2018 by Quertime Writer in Web Design

Web designing is not for the meek hearted, or for those who don’t wish to be bothered with new developments. At no time in the history of internet and its evolution web development has stood constant even for a moment. The only constant in web is change. Early during the development of internet, every utility had to be bought individually. Things are vastly different today as more and more software come under open source development. 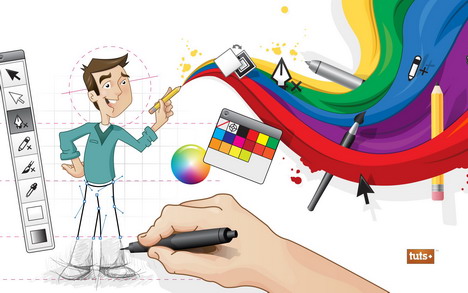 Typical examples of successful open source software include the likes of Linux, Joomla, XAMP, Apache, and WordPress, and so on endlessly. The advantages of open source are, they are modifiable, free to use and there is a vast community of developers to guide and support you in implementing the software. Another advantage, and most important of all is that thousands of users worldwide work improving the applications, and that means newer releases at more frequent intervals.

Here are some open source web design tools you can try, and if you are inclined, you can as well modify the source code and customize them, though that is strictly for people who understand software programming.

KompoZer
KompoZer is a WYSIWYG designing tool and is open source. Novice designers, who have little experience in writing codes, will particularly find the features useful. There are however some issues you may have to sort out, because KompoZer is poor when it comes to layout designing, for the simple reason that it depends on tables for making layout. This, users can modify, if they know some coding. KompoZer can be downloaded at Kompozer.net and includes an integrated FTP client.

Bluefish Editor
Bluefish Editor is one of the most sought after editing tool by web designers. It is a light weight editor, meaning that it does not occupy too much memory. It also does away with fancy features that professionals don’t need anyways. What you will like most about Bluefish is the search-and-replace ability. That means you can instantly replace chunks of codes easily. Bluefish editor is not a WYSIWYG which you must remember. Bluefish Editor can be downloaded at Bluefish.Openoffice.nl.

Quanta Plus
If you use CSS in your webpage designing, then Quanta Plus can make your work much easier. It is basically a CSS editor capable of auto completing syntax. It works great for novice, aspiring and experienced web designers alike. Quanta Plus is extensible and more like a visual CSS editor. You will particularly like the code hints it gives even as you begin keying in the codes. For a copy of the software you should visit Quanta.kdewebdev.org. You can also learn more about Quanta Plus at their website.

Amaya
Though an editor basically, the reason why you will want Amaya is that it is from W3C, which makes it one of the most credible editors to date. W3C it may be noted prescribes standards for webpage authoring and supports technologies like HTML, XML, CSS and SVG. You will particularly like the interface and context sensitive menus. It is compatible across a wide spectrum of OS like Windows, Linux and Mac. Amaya can be downloaded at W3.org.

CSSED
CSSED is primarily meant for editing CSS codes. It is GTK 2 based and full featured. CSSED is highly extensible and you can add extensions after extensions. The object of CSSED is to make CSS creation as painless as possible. Though CSS oriented, it supports HTML, embedded JavaScript, XML, Java, PHP and other technologies. You can download the latest version of CSSED from Cssed.Sourceforge.net. You will also get some of the best support here for developing CSS.

Open BEXI HTML Builder
Open BEXI HTML Builder is one of the few web development tools based on browsers. It is a combination of WYSIWYG and manual coding methods included in one. It has great CSS abilities and anyone with limited understanding of HTML can use it for building great web pages. You will particularly like the simple but effective interface. BEXI is particularly noted for generating efficient codes. BEXI is generally held in high esteem by its users. You can download the latest version from Sourceforge.net. This is yet another project of Source forge.

Notepad++
If you know something about webpage and HTML coding, then you will definitely know something about Notepad++ as well. Such is the popularity of this editor. Though basically used for HTML coding, the fact is Notepad++ is equally deft when it comes to handling source codes for CSS, XML and JavaScript. It is simply a must, even though you may be using another editor for now. You can get a copy of the editor at Notepad-plus-plus.org.

JEdit
JEdit was actually created by the programmer community, and hence addresses their needs in totality. Don’t shy away thinking it is still another editor. JEdit is unique in its ability to work on Windows, Mac and Linux. It has syntax highlighting for JavaScript, HTML, CSS and XML, and still other languages. There are many plugins available for this editor as well, making it one of the most extensible design tools available in the internet. It is also highly configurable and customizable. You will also love the extensive support available for this editor. You can download the editor at Jedit.org.

SeaMonkey
Little we need to tell about SeaMonkey and its extensive features. It is more in the mould of Open BEXI HTML Builder, in so far as both are browser based, though a little better known amongst amateur website designers. That it is from Mozilla Foundation gives it some additional credence and acceptability. There are several versions of SeaMonkey to choose from their website at Seamonkey-project.org. You will particularly like the add-ons in good numbers.

Inkscape
Inkscape is basically a visual webpage designer, more suited for creating images and page layouts. It has everything that is to creating graphics like the commercial software Adobe Illustrator and CorelDraw. There is a learning curve you will have to master before you can really use it for designing your web pages. The latest version of Inkscape is 0.48.4 which can be downloaded at Inkscape.org.

This is a guest post is brought to you by Samantha Kirk, a writer for Centurylink Internet. Samantha provides up to date content and information for high-speed internet, phone services, bundles and other Centurylink offers.