Posted on January 24th, 2018 by Quertime Writer in Mobile

With December comes the obligatory roundup of the year’s stand out moments and events. In the tech world we’ve seen the release of two new iPhones, the Windows 10 rollout, unending misfortune at Uber and with 2018 looms the possible demise of net neutrality. Suffice to say, there have been some great developments and some serious setbacks. 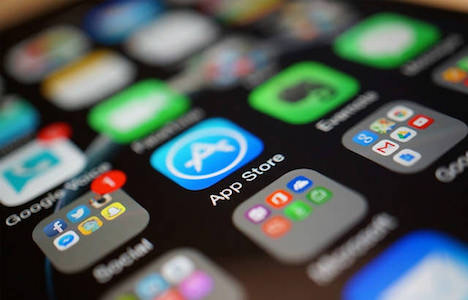 Slightly less headline-grabbing is the continued debate over the future of apps. Hybrid or native apps: which will win the battle of the future? Will the ongoing developments to React Native change the tide again? Today, we will assess the positives and negatives of these development methods and see what might swing the balance for them in the coming year. Moreover, we will take a look at the past twelve months’ most successful apps and predict what we can expect from new releases in 2018.

Building Apps for Platforms or People: is performance worth the price?

Native apps have traditionally been regarded as the high-end products of the apps market. Tailored specifically to a particular platform and device’s built-in features, they offer the highest levels of user experience and the fastest speeds. Given preference within their platform’s designated app store, they are easy to find and more rigorous vetting ensures higher levels of security. Tailored to a mobile OS, native apps are also more consistent across users and perform according to expectations. All of this concentrated effort comes at a price, however. Native apps are expensive to develop and many young companies simply cannot afford to create separate native apps for each mobile platform they are seeking to attract users on.

In the face of this financial stranglehold that smaller companies find themselves in, hybrid apps have long been seen as a viable alternative. Built to have cross-platform functionality, a hybrid app can attract more users within a single application. Hybrid apps work by creating their own native framework which a user interacts with like a web app; read a full explanation of the differences between hybrid and web apps on 1&1’s Digital Guide.

Hybrid apps are able to work on various different platforms, saving companies crucial time and money only having to develop a single version. So, what are the downsides? Well, hybrid apps are typically slower to run and prone to performance glitches. This can be in the form of animation delays or even basic scrolling lags. They are also rarely built to the guidelines instated by Apple or Google, and therefore the end result doesn’t ‘feel’ like the normal experience you have on your phone. Yet this is dependent on the level of active design elements and the strength of your code.

React Native is an open source project that was initiated by Facebook to help develop native apps using JavaScript and React. Unlike popular app-building platforms that require you to decide which OS you are building on, React Native is a framework that helps you to reuse code to move across to different operating systems. This means that a single developer can create the app for both Android and iOS, where alternatively you would have to hire a specialist for both. Along with Ionic, React Native is seen as a pioneer in the field and has already been used to build apps for Facebook, Instagram, and Airbnb. This fluidity and ultimate time and cost saving aspect of React Native has led many commentators to believe that this will be the future of app developments.

So what does 2018 hold for the app market? There is no doubt that app use is going to continue to rise. As the Internet of Things becomes ever more fully realized, we can expect apps to take center stage; indeed, it is predicted the app market could grow to a value of $101 billion by 2020. But in which categories is this growth going to be seen most strongly?

Just a few days ago Apple released their list of the most downloaded apps of the year. Although many of the names on the list are hardly a surprise and crop up every year (Facebook, YouTube, Gmail, etc.), they nevertheless help to get a general overview of how people are using mobile technology. This year, for instance, saw Skype disappear off the list – and with it the last vestige of Microsoft’s grip on the top mobile app market. Lyft has joined Uber as the ride-sharing app of choice, while shopping, music and navigation continue to be most prominent categories alongside traditional social networking.

Looking ahead, there are a few key areas where app development is certain to be pushing the boundaries and make big inroads. 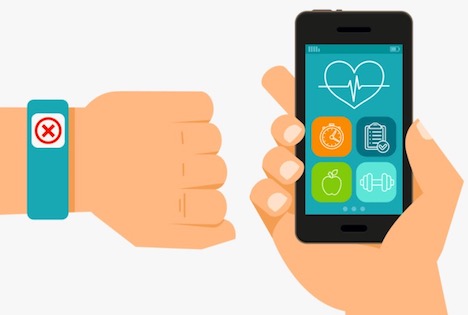 Encompassing everything from fitness trackers to blood pressure monitors, the scope of wearable tech and its apps is still being explored. We have already seen an enormous influx of apps in the health and lifestyle category in parallel with the release of smartwatches from most major brands. It’s certain that this trend will continue into 2018.

Gaming is huge and dominates the app market. As more and more work is done on bringing VR and AR technology to the wider public, you can be certain that we are going to see more dedicated apps released. Already this year we saw the release of Google Daydream and Oculus Rift, and it’s certain there will be a lot more to follow in 2017.

Personal mobile banking is now so commonplace that people have set aside most of their worries and concerns for dealing with financial matters online. As a result, financial technology has blossomed. For services as broad as investing through to pension planning, business apps can help to not only offer a clear overview of your money matters but offer actionable insight too.

Online shopping has revolutionized the way we view retail. Year on year ecommerce becomes a stronger and stronger marketplace with apps dedicated to specific customer bases or niche interests arising. Simplicity, user-friendliness and ease are the key attributes which make an online store successful.

How Can You Battle Back Against Cell Phone Spy Software