15 Reasons Why Nintendo Switch Will Fail

Posted on January 30th, 2018 by Quertime Writer in Gaming

We all love playing games. Few of us are so much into them that we bring them outside our screens and into our lives! For now, let’s just concentrate on the latest release – Nintendo Switch. All the video game fans were quite excited to explore its features when it released first back in March 2017. Since then, a lot of opinions and reviews have come up regarding this latest addition to the Nintendo family. And most of them happen to be not much in its favor.

A lot of factors have contributed towards the underwhelming response of this otherwise amazing gaming gadget. These include the exclusion of the old favorite features, unsuitable release timing, and overall generic console design among others. There are just so many faults with this new design that prevents it from being the next big revolution in the world of gaming. And we are here to review all of them so that you know what you are in for before making the purchase.

Below we have compiled a list of top 15 reasons that will eventually lead to the fall of this video game console sooner or later. Read on to know how it will not be the best choice for you if you’re planning to have a thoroughly entertaining gaming session.

1. Insufficient Storage Troubles
With any gadget of today, we do prefer having sufficient storage space. Same is the case with gaming consoles too. You get only 64 GB of total storage space that turns out to be too less after you have been using it for a while. This console has a portal set up.

This means that you do not need to make actual hardware installations or plugins. All you need is a digital download but for that, you must have a microSD card which is compatible with this setup.

No matter how good the visuals are, the real essence of any game is in its surreal level of audio simulations. That is why you need to have a robust audio system to back it up when you are playing your favorite round. Most of the users today prefer the wireless headphones that give them much more freedom of movement.

You don’t even get the voice chat option that makes things way harder for the Nintendo users. If you own a Bluetooth headset then they might become useless if you are planning on going with this console.

These controllers are not standing true to their names since there is hardly any joy as long as you are dealing with them. They have been designed to perform a number of tasks but unfortunately, they are not able to perform even one of them correctly. On top of it all, they don’t even charge the controller. This makes it really hard to appreciate this latest update in any possible manner.

4. Accessories Have Sky High Prices
You will soon discover that it is not easy to get all the accompanying accessories for your latest Nintendo switch purchase. Since the joy-con is not useful enough, you will be better off with a charging dock that recharges the entire console uniformly.

There are console covers, adapters, screen covers and so many other accessories that are quite essential for the upkeep and maintenance of your console. And then if you want to splurge on its software and hardware then you need to shell out even more. 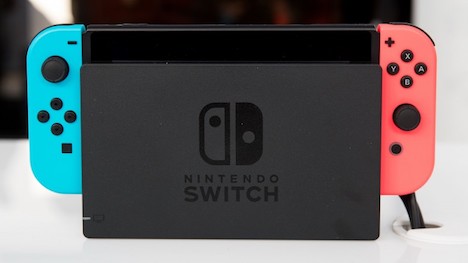 This comes as being major oversight from the Nintendo team. They have been offering the very useful backward compatibility option in all of their major previous releases. That has helped the users to bring all their favorite games and feature of this gaming console along with them to the next update. The vast variety of games and features that the users adore will not be able to be incorporated into their gaming practice with this huge oversight.

6. Gaming is All that It Can Do

You will surely be playing all sorts of games in the Nintendo Switch. But when you don’t have many of it loaded at the moment then you should be able to enjoy other apps too such as Netflix, YouTube, and many more popular entertainment options. Most of the other latest consoles do offer that facility but you do not get that comfort with this one. There is not even a simple browser to surf when you are waiting for a download to finish installing.

7. Beta Release is What You Get

It is not hard to figure out that this gadget was clearly meant for a later release. Going from its hardware to its software, everything seems unfinished and rushed. Nintendo has a glorious track record of offering us with the best in games and consoles and the latest release can only be qualified as a beta version of their overall vision. But, for the hefty price tag of $1000, this is far from being acceptable.

We all are familiar with the Mario Kart, Splatoon, Metroid and other major gaming franchises that have cemented Nintendo franchise as a major brand when we talk about the immersive gaming experience. But the gaming landscape has evolved a lot for the good with the introduction of games such as Call of Duty, Mass Effect and FIFA. So Nintendo needs to come up with the right kind of collaborations or launch their own gaming line in the similar format to stay in the game.

Everything with the Nintendo Switch comes with a trial period. This means that usually after one month or so, you will have to pay up for the most basic online services that are usually free all other gaming consoles at present. These subscription fees have to be really nominal if they want to keep their loyal followers and at the same time increase their customer base.

The Nintendo Switch is surely a massive upgrade over its predecessor – Wii U. But if we are talking about the likes of even PlayStation 4, that is almost half a decade old now, Nintendo Switch does not hold a chance. There is just so much that needs to be changed and upgraded in Nintendo Switch to make it useful for the present day online gamers and their preferences. And it has to be done fast if Nintendo wants to break even in its production cost.

Since the Nintendo Switch does not possess any breakthrough features, it should have been cautious about its release time. It followed the major players such as PlayStation, GameCube and Xbox with it release timing. And that forced people to compare its performance and specifications with much powerful and established models. This mistake had a catastrophic impact on the overall sale of the Nintendo Switch model all over the globe. 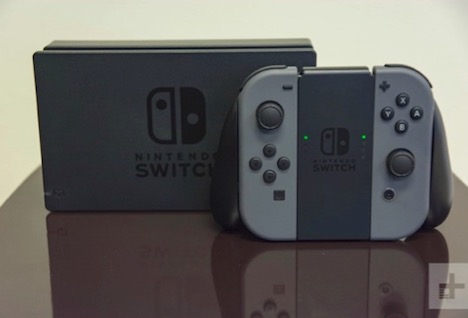 It only seems wise to set a reasonable price tag if the past models of your brand have not done that well. But the staggering price of £280 makes one believe that Nintendo is in no mood to compromise on the price. And that might not work in its favor since far better consoles from the house of Sony and Microsoft are available at half the price and five times better in performance.

13. Case of the Bad Reputation

Wii U was not a great success back in 2011. The fan-base was eagerly waiting for its release but they had to make do with a subpar product. This really deteriorated the image of Nintendo in its otherwise enthusiastic customers. So, Nintendo Switch has that albatross around its neck now. And it will take a power-packed performance to win back their clientele.

Not every amazing game that we like can belong to the house of Nintendo. But that seems to be the approach with its console since you get weak third party support from the side of Nintendo. This makes you question making this purchase a hundred times beforehand because we are living in the times of incredibly vast and varied Android. We all have grown really accustomed to a variety of options at our disposal with robust third-party support.

Nintendo might assume that the tablet controller will totally change the way we play online games but the truth cannot be farther from that. The incompetent and poorly built tablet controller is not a well thought out creation. Just by looking at it, you can tell that its development process has been rushed and uninspiring. The interrupted support from the console further makes it really impossible for you to have a mind-blowing gaming experience.

Nintendo Switch does have that novelty and nostalgic factor. We all have grown up playing the Mario and Mario Cart when we were growing up at some time or the other. So the current specifications do remind us of that era but it is not exciting enough to keep most of us peeled away from the latest versions of PlayStation and Xbox.

So if you are planning to buy this remarkable memento from your childhood then do keep one thing in mind. It is going to be a lot harder to adjust to its prehistoric specifications at sky-high prices now since you are accustomed to the jaw-dropping experiences and prices of its modern-day counterparts.

Author: Pallavi Pandey
This post is contributed by Pallavi Pandey at Bestsmarthometrends.com. He has always been fascinated by the written world and how it is light years ahead of our current life.