How to Get More Space on Dropbox? Try Out These Tricks

Updated on August 11th, 2016 by Quertime Writer in Web Tools

Do you know that Dropbox, a file-storage and syncing service, offers you extra free storage space? Dropbox is one of the most popular and reliable cloud storage providers at present. It is available on all major mobile platforms and integrated with both PC and Mac, supporting you to access your important files at any time where you are, provided you have an Internet connection. 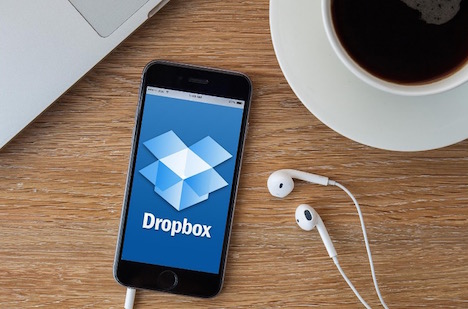 You can store your videos and photos, hosting static websites, and sharing much other stuff with your friends. The pleasing features of Dropbox is solving of our problems in the realistic life. We will present 13 useful ways to get the free space on Dropbox in the following article. 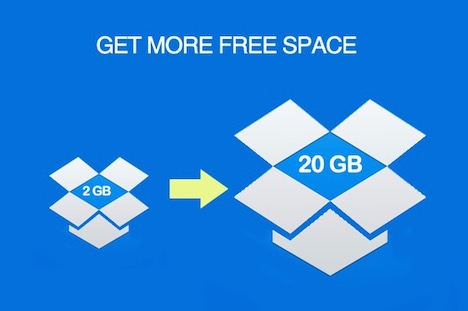 1. Get 125 MB by Connecting Twitter Account to Dropbox
You can get social with Dropbox by your Twitter account by performing some simple tasks related to social media on ‘free’ page of the Dropbox and get free 125 MB storage space.

2. Get 125 MB by Connecting Facebook Account to Dropbox
You can get social with Dropbox by also your Facebook account by performing some simple tasks related to social media on ‘free’ page of the Dropbox and get free 125 MB storage space.

4. Get 250 MB by Going Through the “Get Started” Tour
A majority of the users who have been on Dropbox for a short time will most likely have experienced the “Get Started” tour, Dropbox Basics 101. You simply need to complete any five quests out of seven, through which you will be taught the ways you could setup Dropbox on your PC or smartphone device. Through this, you will get a 250 MB space from Dropbox.

6. Get 0.5 GB per friend [Capped at 16 GB] by Referring Your Social Circle to Dropbox
Referring your social circle, your friends, to Dropbox might be easy if most of your friends are not already on Dropbox. You can get them to join by using your referral link and through this approach you will get 0.5 GB per friend. With a cap at 16GB space, it’s a maximum of 32 friends who can join Dropbox by your invitation, regardless of number of your invitation.

7. Get Maximum 48 GB (for only 2 years) by Using Dropbox on Samsung Smartphone Devices
Some certain Samsung smartphone devices which were launched between 2012 and 2014 are entitled for free Dropbox space of 48 GB. It is for either 1 year or 2 years. To check specifics visit here. However, you should keep in mind that after expiry of the promotion, you will have to return to your previous original storage volume.

8. Get up to 23 GB by Using Dropbox on HTC Mobile Devices
If you are using an HTC smartphone device, you have the option to get free Dropbox storage apace of maximum 23 GB for 2 years. For this, you must have the models of HTC Sense 4.0, 4+ or 5.0. Remember, it will rely on whether the promotion is valid on your devise and if the Dropbox app is already loaded on your HTC mobile set.

9. Get up to 23GB by Using Acer Devices
Acer Dropbox promotion was short-lived, unheard and frequently overlooked. If you have bought tablets of Acer in 2016 following May 2015, you can earn some free space, up to 23 GB, on your device.

10. Get up to 23GB by Using HP Devices
Just like Acer Dropbox promotion, you can also earn 23 GB as free Dropbox space if you have a HP Device you have purchased before Oct 2015.

11. Get 500 MB by Connecting .Edu Email Address to Your Account
If you connect .Edu email address to your account, this approach will increase the storage space you acquire from referrals. This approach is excellent to double your space into your Dropbox account quickly. Through this way you can get free 500 MB storage space for every single referral rather than 250, so if 4 people are referred by you. It is nice approach, mainly considering numerous non-students are still using .edu email address.

12. Get 5GB by Partaking in Scavenger Hunts and Beta Tests Challenges
Occasionally different challenges are launched by Dropbox for its users on the Dropbox blog. ‘Dropquest scavenger hunts’ is an amazing feature run by the Dropbox. By using this, you can get 5GB free storage space and for this you need to solve puzzles or simply looking up a walkthrough online. You can earn this free space by participating in beta testing innovative features. So, it is essential to carefully keep in touch with potential scavenger hunts, beta tests, new and innovative features, and other amazing events.

13. Get 8 GB For Using WPS Office
WPS Office launched by Kingsoft lately added integrated Dropbox with their office collection and commenced a promotional activity for users to enjoy the app by downloading it on your Android set. By signing up in your Dropbox, you will earn free 8GB additional space for next 3 months. This three months offer can be availed by new registrations, not old users.

Richard Burton, is a freelance writer, who is associated with Essaybox.co.uk. Through which he provides essay writing assistance to students. His major aim is to provide services that may give them academic excellence.

15 Tips to Get More Free Space on Dropbox

15 Most Wanted WhatsApp Tips and Tricks

16 Dropbox Apps to Give You Better Cloud Storage Experience

10 Tips and Tricks to Secure Your Cloud Data