No matter you are a blogger, content distributors or brand marketers, social media is the must-have platform to engage with your online audience. We all know that content is king thus posting breaking news, impressive images, or interesting videos on social networking sites will surely catch people’s attention making them share with other people. 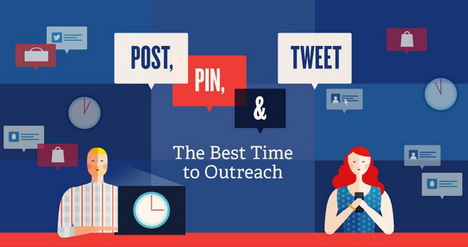 To help you plan an optimized posting schedule, we’ve done some research on the web gathering some useful tools, reliable infographics with statistics and graphs that show the best times and the worst times to post on various social networks. We hope these resources are useful for you to reach your target social audience in a more effective way.

Facebook, the largest social network, does offer a platform Insight page where you can monitor a variety of data about your audience on Facebook page. You can also analyze how your visitors interact with the Facebook social plugins installed on your blog or website. It helps you to make necessary adjustments to your social marketing campaign. 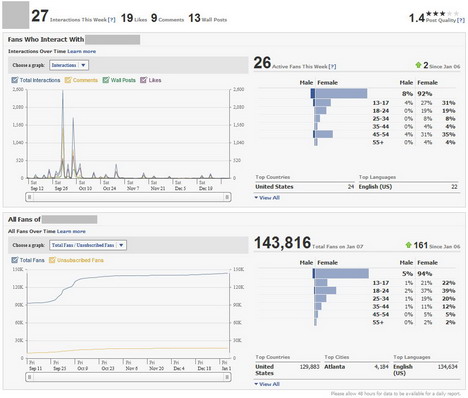 For Twitter users, there’s an awesome third-party app called Tweriod which you can use to analyze not only your tweets but also tweets from your followers. The data and statistics given are useful for you to plan an optimized posting schedule and improve your reach. 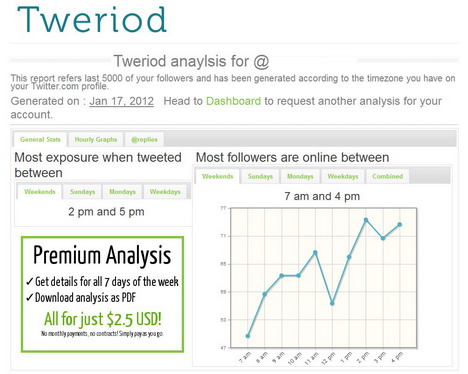 The Best Time to Outreach on Popular Social Networks

The optimal times to post content on Facebook and to gain high click-throughs is between 1pm and 4pm. You should not miss the peak time at 3pm especially on Wednesday. Facebook users are not active before 8am and after 8pm so you may avoid posting during these hours.

Weekdays, from Monday to Thursday at 1pm to 3pm are good times to tweet on Twitter. Tweeting after 8pm is not advisable as it’s time for dinner.

As for the LinkedIn content marketers, the best posting times is from 5pm to 6pm between Tuesday and Thursday. The worst times fall on Monday and Friday, from 10pm until 6am.

Pinterest is widely used by fashion and retail brands. The best times of social marketing are on Saturday morning and Friday around 3pm. You should avoid sharing during normal work hours.

Tumblr, a microblogging platform, receives most clicks on Friday evening around 7pm. Sunday to Tuesday, between 7pm and 10pm, are also optimal times to engage with audience on this one of the fastest growing social media. Worst time wise, try to avoid posting before 4pm.

For those who use Google Plus for online marketing should post more in the morning from 9am to 10am especially on Wednesday. Don’t miss the golden hour to gain +1s from your audience. Worst times wise, you should avoid posting in the evening and early morning.

Here’s another infographic created by Fannit.com that emphasizes the importance of timing when it comes to posting contents on social media. Imagine if you post something awesome online but no ones are there to read it, then all your efforts will be wasted. So let’s see what this infographic says compared to the previous one. 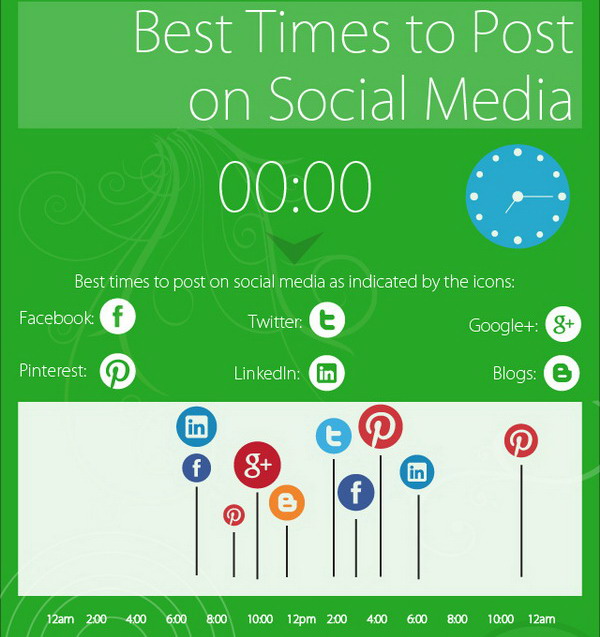 One interesting facts about Facebook is that the largest social network has more than 750 million of mobile users, and 80% of them check their phones in the early morning. The best times are around 6am to 8am and 2pm to 4pm during the weekdays.

Twitter engagement’s peak hour is between 1pm and 3pm. Try to keep your tweet short and always ask for re-tweet to encourage better social engagement. Better yet, include 1 or 2 hashtags on your tweets for the best results. Again you should avoid tweeting during dinner time around 8pm.

When it comes to posting at Google+, 9am to 11am is the best time to engage your audience. Like most of the social media platforms, nightime posts perform the worst. 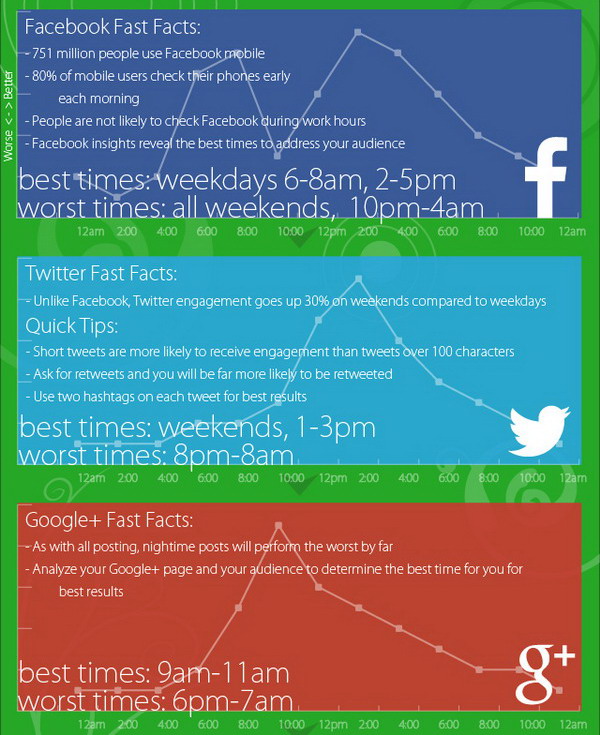 LinkedIn, being a social network for professionals, is often used before and after work hours. Tuesday and Thursday are the best days for posting due to highest traffic from business people.

The average visit duration on Pinterest is higher than almost any other social networks. This could be due to people are spending more time to discover ideas for their interests and projects. The best day to share your photos, videos or other media content is Saturday, from 8am to 4pm.

If you are running a blog, make sure you publish valuable content consistently. You should at least post once every week, on the same day. Do some research on your audience and time your posts to that specific demographic. For the best results, publish your new blog post between 8am and 12pm on weekdays. 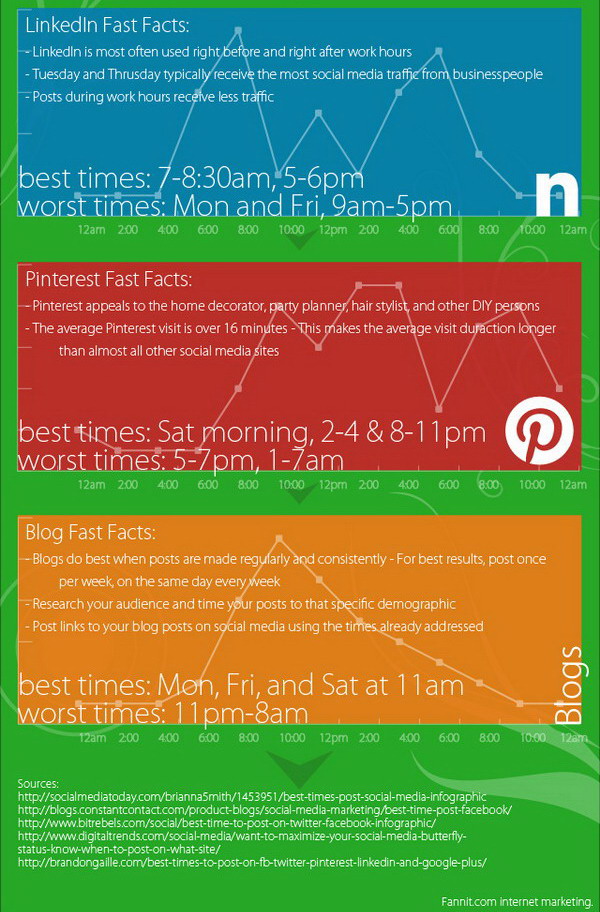 10 Reasons Why Hackers Like Your Shares on Social Media

The Future of Security on Social Networks