Do you remember that snake game in the Nokia mobiles? This is what now the GPS location-based smartphone games have made us. We all have become that snake who wander around just to get his reward. Moreover, no one knows why people are getting addictive to the location based games and why it is providing satisfaction to the certain degree. However, location-based games niche are still very small as compare to the other niches of mobile gaming but due to the involvement of people in these games, they have become the new trend in mobile gaming. 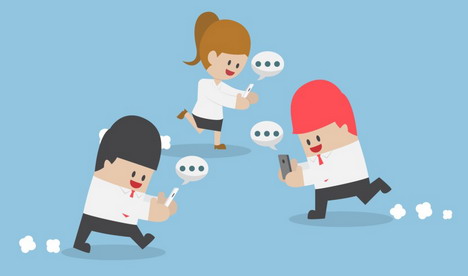 We all know about the success of the Pokémon Go. However, there are many other games too which is providing the same fun and excitement that Pokémon Go did. The app stores of Google and Apple has many GPS location based that have even more features than many famous games. However, due to no or low marketing, these games are still not known by the people as they should be. That is why I decided to write an article in which I will introduce my readers to the 20 extremely addicting GPS location based mobile games which will change your taste in gaming. 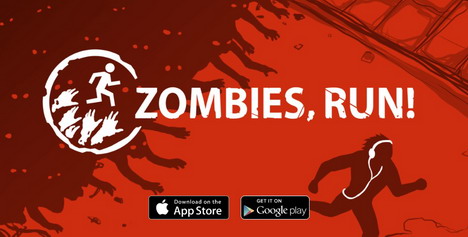 After playing hundreds of zombie games on different consoles, the Zombie Run is giving us a chance to experience it in real life. This game is the best way to get some shape because you will not only be chasing by the virtual zombies, but there are different sound effects of the zombies which will give you the same thrill which a person experience while hunting down by the zombie.

Only the android users have this luxury to play this games because UN3X hasn’t produced it in the iOS yet. This is a location based multiplayer economic simulation game which allows you to scan your surroundings to find the minerals like oil and gold and deposit it in your account to build your rank. You can also attack and loot the resources of your competitors too.

In this game, you are not going to be chasing something set by the game itself. It is a sort of international hide and seek game in which people around you hide some virtual containers called geocaches and then challenge you to find it. This can be vice versa where you will hide that container and can challenge anyone near you to find it. 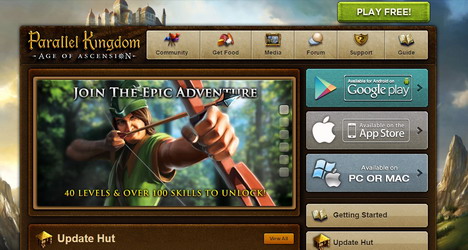 This game has converted the real world map into a medieval land with the dungeons and castles. This game is available on Android and iOS. This game is based on the 40 levels with various classes, dungeons, PvP, leaderboards, events, chat rooms and other numerous features that make it one of the best massively multiplayer game.

This is your chance to hunt some ghost. SpecTrek is another top ranked GPS location-based mobile game that allows you to catch some virtual ghosts. This game can make you a ghost buster for 15 minutes, 3 hours and 8 hours and projects the ghost in the user defined radius.

This is from the same developer team which developed the Parallel Kingdom. This game has the same concept and idea but it only based on the storyline which revolves around the mafia instead of medieval castles and dungeons. This game allows you to build safe houses, business front and territories acquisitions to become the mafia lord of your area. This game is best for the people who always fantasize to be in the mafia after watching the movies like Godfather and Scar Face. 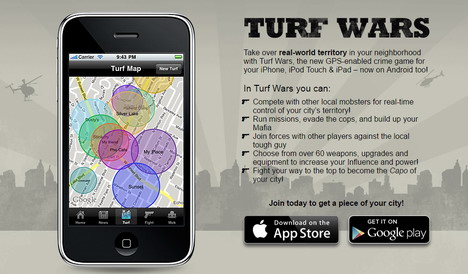 This is the other way around of Parallel Mafia. This game is all about the mobster mentality where you have to play this game wisely instead of taking it just as the fun. You have to think and act like a mafia warlord if you want to survive among the old and more powerful crime lord.

If your favorite board game is a monopoly, then you are going to become the fan of this game. The Landlord is a virtual land buying and selling game just like the monopoly. But what makes it interesting is that it allows you to buy the lands near you. However, you would need an iPhone to play it because of it only available on iOS.

Ingress is one of the first GPS location based game which released in early 2012. Moreover, this game is considered to be the biggest location-based mobile game. This game allows you to get divided into two competing factions of agents and take control of the portals by finding them first.

Want to feel like Ethan Hunt from Mission Impossible? This game allows you to experience the same thrill that an agent feels in the field. The Code Runner is a simulation and role-playing game in which the user have to find the safe houses of the enemy agents and then hack and spy on them.

The Geoglyph is the multiplayer tower game in which you have to defend the world from the dangerous enemies by plotting the different traps for your enemies. With the Geoglyph, you and your friends can save the world together by following the path to enemy’s entities.

It is not easy to own a business in this world. That is why Zaploot allows you to secure your business by creating a solid defense and help you to loot other players and collect the loot bags to build your business.

Just like the Parallel Mafia, this game is also about mafia and crime lords. In this, you have to manage you mafia from the different gangs and have to build your name in the world of crime by using smart strategic planning.

Go places, build your army, attack the other armies and expand your territory. This is what the central idea of this game. 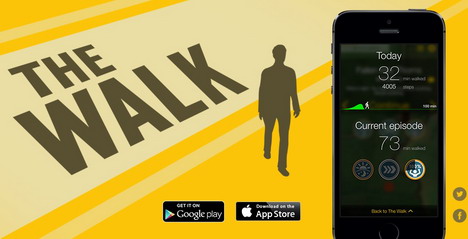 It is a fitness tracker game with the little twist. This game is created by the NHS and UK’s Department of Health that helps you to walk more every single day.

Want to make your city and street into your battleground? The Revenge of the Gang will do it for you. Build your gang by choosing from different characters and professions and fight to conquer the city.

If you are going on a road trip, this game is perfect to make it more fun. Go to places and claim the land and then defend it from the oppositions.

You can play this game on the Android platform as well as Facebook game panel too. With this game, move droids, harvest your area and claim or conquer it by defending it from the others.

It is a virtual item collection game that allows you to collect by visiting the places in which the items are hidden. Compete with the other players and increase your collection.

With just your phone and few dollars, this is your chance to claim the world. This game is the mixture of board game Risk and another smartphone location-based game Geocaching.

After his Master in Literature from the Stanford University, the passion of writing grew in James, and he is writing blogs on now almost every niche like mobile gaming and he provides quality dissertation help via Writingjunction.com.