Social media changed the face of journalism once and for all. We are no longer forced to read unintelligible journalistic style that was characteristic for old-school newspapers. Today, the news is brief, simple, and easy to comprehend. The most popular journalists understand they have to build a good connection with their readers. Social media is part of their profession – they have a responsibility to spread their honest voice throughout the world. You definitely should follow professional journalists to find out about new trends. 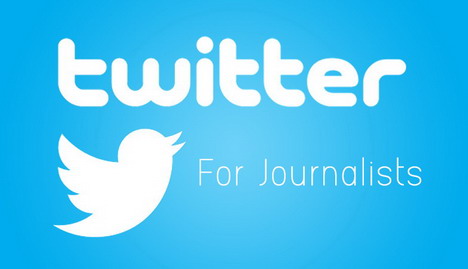 As a result, we have an entirely new category in this profession: social media journalists. They are clear, influential, receptive, and powerful. They have a global reach and they take the responsibility of informing the public very seriously.

Twitter is a real challenge for journalists. How are you supposed to put a story together in 140 characters? After the Paris terrorist attacks, Mashable used Twitter as the main media to inform the public. Jim Roberts, the executive editor, explained that simplicity was the best way to share stories today. Those 140 characters are more powerful than most people realize. 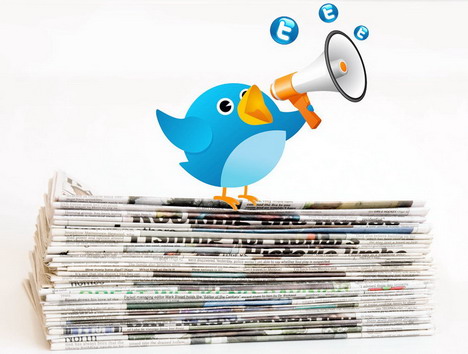 If you have a Twitter account, then it’s easy for you to stay updated with the latest events and trends from all over the world. The only question is: who should you follow? Your base of connections determines the speed and relevance of the information you get. Don’t worry; we’ve got you covered. These are the top 5 social media journalists you should follow on Twitter:

1. Milo Yiannopoulos
This British journalist, who is currently working as Technology Editor for Breitbart.com, is a rather controversial social media personality. At his own website, he described himself as the most fabulous supervillain on the Internet. His trolling approach may be frustrating for some, especially if you’re taking a stand he is mocking. Despite the fact that he is utterly sarcastic and a bit self-involved, he is also a very likeable person whose tweets will make you chuckle.

Yiannopoulos is all over the Internet and he is never afraid to speak up his mind. Feminists don’t like him, and that was probably the main reason for him being scrubbed from the nominations roster for Shorty Awards this year. So why exactly should you follow him on Twitter? He addresses different issues with extreme wit and hilarious humor. If you don’t like what he says, here is your chance to get into a constructive discussion.

2. Wesley Lowery
Lowery was this year’s winner of the Shorty Award for social media’s best journalist, so it would be silly not to follow him. His niches include business, political, housing, diversity, media, and metro news reporting. As you can see, social media journalism is rarely limited to a single category. These people are still professionals, but they cover diverse categories with the same speed and effectiveness.

Lowery is currently covering law enforcement and justice news for the Washington Post. That seems serious, but his Twitter profile is more fun than you can assume. Lowery is promoting the rights of refugees and he is always on point with his tweets against racism, so he brings balance among all those hateful tweets you can often see on the platform.

3. Larry King
Of course you have to follow the master of contemporary journalism on Twitter. The main reason for following journalists on social media is because they make you think. Larry is fun, but he also has a very powerful, dominant voice.

In a recent interview for the New York Times, King explained how his Twitter feed functioned: he dictates his thoughts into a dedicated voice-mail box, and an assistant has the responsibility for transcribing them onto Twitter. As a result, you get the distinctive tone that sets this profile apart from the crowd. His tweets are simpler than what you would expect, but they make you think once you scratch the surface.

4. Lisa Daftari
Daftari deserves your follow not just because she is beautiful, but also because she is one of the leading counter-terrorism voices out there. Unfortunately, this is a hot topic right now, and her Twitter profile is the best place for you to find out what’s going on. Daftari is currently working as a political analyst for Fox News. She is an expert for covering topics on national security, terrorism, human rights, Christian persecution, and cyber security.

Most journalists try to add some fun in their brief tweets, but Daftari is different – she is committed to serious reporting even when she uses social media platforms.

5. Bill Simmons
Of course you need a healthy dose of sports in your Twitter feed. And Bill Simmons is the best person to follow for that purpose. Simmons is a popular sport columnist, podcaster, author, and analyst. The Sports Guy always picks the right pop culture reference for any situation, so you end up reading hilarious tweets like “Can we officially start blaming the Kardashians for this shitty Rockets season?”

Follow Simmons on Twitter and you’ll have something fun to read before, during, and after each important sports game.

Let’s face it: journalists and reporters will never stop writing those lengthy interviews, articles and reports. That’s what in-depth informing is all about. However, they are slowly starting to understand that Twitter activity is a foundation for effective journalism today.

This platform exposes them to the opinions, culture, and needs of the public, so they are able to analyze their audience and offer more effective news. The readers can provide immediate feedback, so they have a chance to start a public conversation to prove their point. Thanks to Twitter, journalism is finally getting the transparency it deserves. Of course, you need to follow the right people on Twitter to experience all this.

Julie Martin is a student from California University, blogger and math expert on Mymathdone.com, a math assignment help service for students. Julie researches the influence of social media on students academic success and provides math help.